When I die I hope people don’t say “Philip was a good drummer”.

When I was young and naive (because i’m so old and mature now right?), being the best drummer I could be AND having people notice was very important to me.

I can honestly say that although I still long to be excellent at the drums (and in every thing I do), God has shown me that my identity is not wrapped up in how well I perform behind a drum kit.

I have had a few specific moments in my life that could have laid out an entirely different life than the one I currently live. I’m so thankful for these moments because I can look back on them and see how God used circumstance, His word, and my community to lead me toward wisdom in these difficult decisions.

The first major drumming gig I was offered was also the first time that I got to see how the majority of touring bands built around one “frontman” works. No rehearsal, no audition, just learn the songs, fly to the gig, and run over a few things in soundcheck before the show.

The first gig is your audition.

This is when I learned that any pro drummer can learn songs and play a gig, but what a major touring band wants is someone they can live on a bus with for a year.

This gig was extremely difficult to turn down, yet very easy to turn down at the same time.

It was difficult because I grew up listening to this band: on the radio, on MTV and to their albums on my third generation iPod. Playing these songs would have been a dream come true. This specific tour was around 6 different countries, on a plane, in a bus, and getting paid very well.

However, there is always a different type of currency to consider when talking about a tour this big. Kim and I had recently become foster parents, and we were placed with a 2 week old baby a year prior to me getting the call about this specific gig. Caleb was only about a year old, and my thoughts were that this was the time in his life that he needed me and the time that Kim needed me most. My naive brain was thinking “maybe I could say yes to a gig like this in the future, when Caleb is older and is more self sufficient.”

My good friend Mike challenged me with the thought that kids need their dad increasingly more and more as they grow up.  Those words have stuck with me, and have proven to be more true with every day I walk through life with Caleb.

Looking back on my decision to pass on this gig, I’m thankful for the path that God has laid out before me, as messy as it may be at times.

He needs his father present in his life.

He needs me to show him what a loving daddy looks like, what a man looks like. If I don’t show him and model it for him, he will look to other men, and other things places to try and figure out these things.

I want Caleb to always be able to come to me with any questions he has. I encourage questions. When Caleb stops asking me questions – that’s when I’ll have a problem.

Caleb turns 3 years old in January. Right now he loves playing with tractors in his sandbox, wrestling with me, and having dance parties to my pop playlist.

No matter how pure and innocent Caleb appears to be on the outside, he needs my guidance, my correction and my unconditional love…every. single. day.

My son needs me the most today, and I’m certain that the same statement will be true tomorrow. 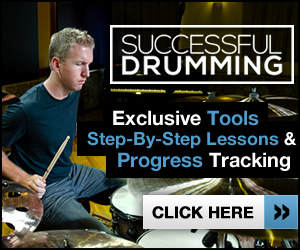